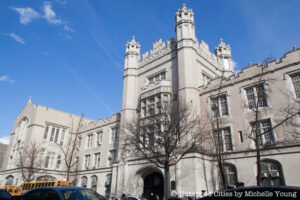 I applied for the job offer on Indeed Job Search for a Martial Arts Instructor for “The Edge”, a company that supplies after-school teachers to the NYC Board of Education for their under-served community schools. I informed them the days I was available and that I would only take the job if the school were on the Q Subway line, which happened to be on the block I live on. I was certainly not looking to make my life difficult.

The very next day I received a call from a school in Brooklyn, four blocks from the Q line. It was a Middle School with sixth to eighth graders ages 11 – 13 years old. They had been lobbying The Edge for a Martial Arts program for over a year and finally received the go-ahead to hire an instructor. My resume and background appealed to them out of the seventy-five applicants who applied for the job. An interview was arranged for the next day, September 13, 2019 at the school.
I arrived at 2 PM sharp and was surprised to see about ten policemen standing and two Police cars parked outside the building. After signing in and showing my ID to the Security Guard, I passed through the metal detector set up in the lobby and was met by the After-School Program Director.

We chatted in her office for about an hour. We reviewed my application, my resume and talked about my book. We went over salary details of which I wanted more than they were offering. The Director was willing to work with my schedule. She told me many of the kids lived in shelters, some were homeless and several had been attacked. She wanted the program badly as did many of the students who had already signed up to take class. She told me I would hear back from The Edge if my salary request was granted and what I would have to do once approved.

The very next day I received a call from the Director. I was approved and they wanted me to start the security clearance process immediately, which involved fingerprinting by both the Board of Education and the Board of Health. The process would take about a month. I could not start teaching until I was cleared by both agencies, Homeland Security and the FBI.
On October 23rd I was approved and my starting date of October 28th was agreed upon. 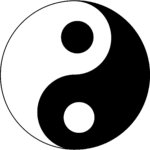